The BLASTER variable is a DOS environment variable that most DOS programs use to locate and identify a SoundBlaster (or compatible) soundcard. The BLASTER variable consists of 4 mandatory parts, as well as a couple of optional parts. An example of a basic BLASTER setting is:

This setting can be broken down as follows: 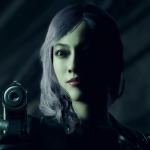